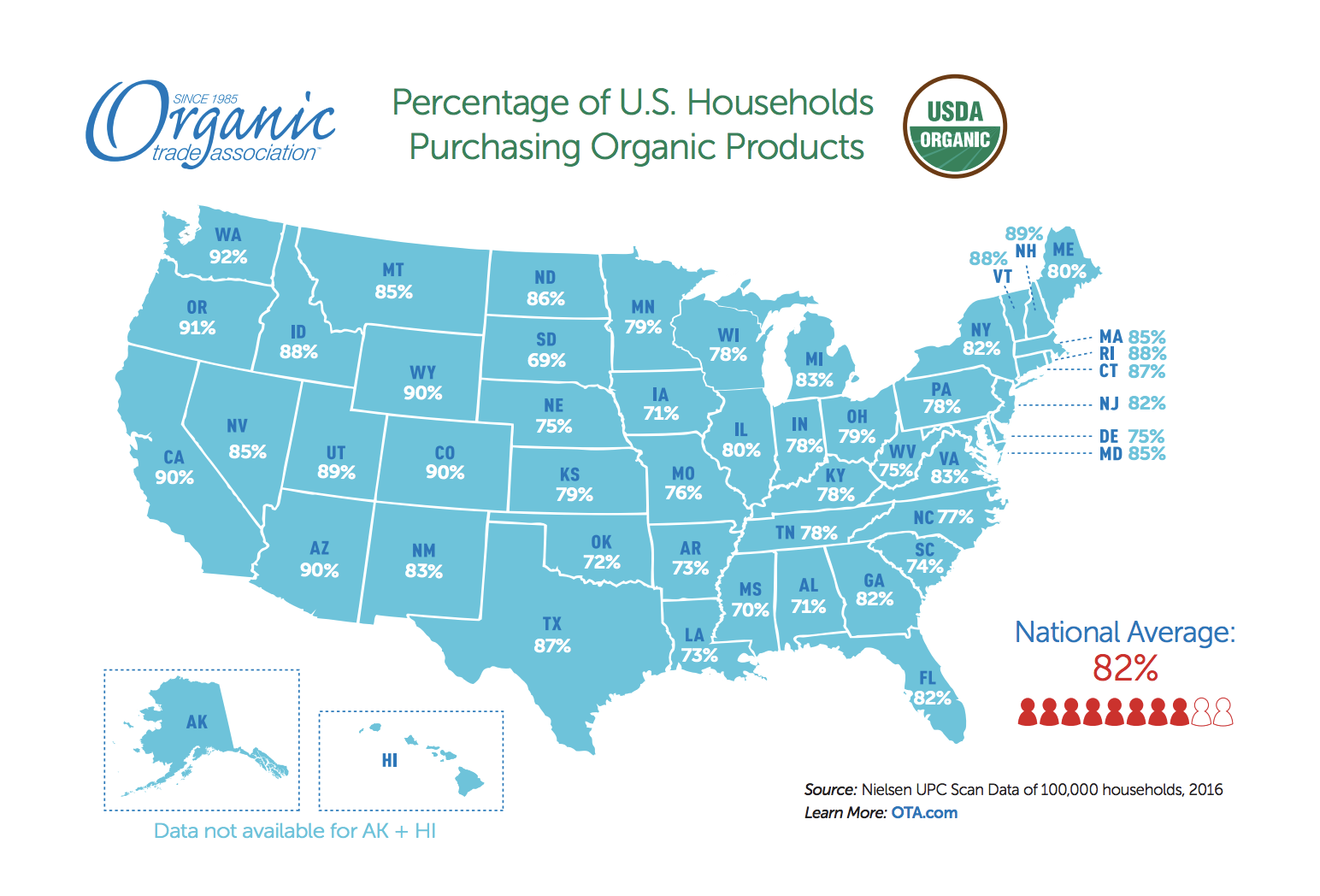 82% of US households are purchasing organic products

According to a recent report by the Organic Trade Association (OTA) 82% of US households are now purchasing organic products. The study looked at organic purchases by households on a state-by-state level. 82.3 percent of 100,000 households participating in the nationally representative Nielsen study conducted in 2015 and 2016 reported purchasing organic products on a regular basis throughout 2016. That is a 3.4 percent increase from 2015. The states that saw the biggest increases in households reporting organic purchases were North Dakota, Rhode Island, Wyoming, South Dakota and Wisconsin. According to OTA, organic food sales in the United States now total nearly $40 billion annually, and account for around five percent of total food sales in the US. Visit OTA for further details.